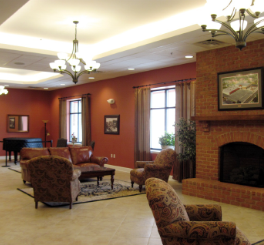 History of the Fire Company:
1866    The first recorded fire occurred but no record of damage of losses found
1884    The town formed an unofficial fire company and purchased the Clapp and Jones still owned by the fire company on display in the lobby of the firehouse. We were one of only three fire companies on the lower shore…the others being Salisbury and Crisfield
1886    During the Great Salisbury Fire, the local fire company along with the steamer were loaded on a fast train north. Our men were instrumental in saving the east side of Salisbury including the Wicomico County court house
1888    On November 22 at 4 PM a devastating fire started in Dr Truitt’s house at Front and Market Sts.  Salisbury and Crisfield sent help but 79 buildings     were destroyed.
1888    On December 18 the town called a special meeting and commissioned the first official fire company with W. H. Davis as chief. The Pocomoke City
Volunteer Fire Company Number 1 was officially formed and soon incorporated.
1892    In the early morning of July 6 fire broke out in a store on Willow St and within hours, almost the same area destroyed in 1888 was turned to ashes. 69 buildings were destroyed.
1892    The first firehouse was constructed on Willow St.
1922    On April 22 “the most disastrous conflagration in Pocomoke’s history” occurred. Originating in an alley on Maple St, the fire swept away the     town’s central business district along with residences from 2nd St. to the river.  Help came from as far away as Seaford, but poor water pressure hindered firefighting efforts. The National Guard was called in to prevent looting in the fire area. The firehouse burned down in the fire and all records of the fire company prior to 1922 were lost.
1922    As the city rebuilt, Market St was widened and all buildings in the business     district were required to be of masonry construction. A new firehouse was     erected on Willow St and new modern fire apparatus purchased. The American LaFrance engine purchased in 1923 is still owned by the fire company. Pocomoke had the only fire company for miles around and through the 1950’s was called upon to assist in many small towns and rural areas in Worcester, Somerset and Accomack Counties. Firefighters traveled many miles in open-cab engines in sheepskin coats and goggles
1931    The Ladies Auxiliary was formed and they soon became famous for their     chicken and dumpling dinners.
1937    A new firehouse was needed and Chief Fred Henderson began a search for a suitable location. The site on Fifth St at the south end of Maple St was selected and construction began under the Federal Government’s Work Progress Administration.
1939    The new firehouse was dedicated with an elegant second floor banquet room that became the site of many community events
1954    Henry Watson of Watson Funeral Home decided to no longer provide ambulance service to the community and the fire company took on that task. Fire Company ambulance personnel participated in the first CPR classes offered in the country at City Hospital in Baltimore. Training of EMTs began in the early 1970’s.
1973    The first paid EMTs were hired by the fire company – Don and Hannah Malloy.
1997    The ambulance company split from the fire company and formed an independent organization. They soon built their quarters on 8th St and now operates as the City of Pocomoke Department of EMS. Medics are employees of the City
2000    A committee was formed to explore a new firehouse location since we outgrew the 5th St location and the second floor banquet room was not ADA compliant.
2004    The fire company purchased the former Meatland/A&P shopping center at 1410 Market St and design work began on the new structure.
2006    M. L. Blades Construction Company was awarded the contract to build the new firehouse.
2008    The fire company moved into the new firehouse on March 8 and a grand     dedication ceremony was held on April 27
2009    M. L. Blades then began work converting the Drug Fair portion of the shopping center into a stunning Community Center with seating for over 400 and full commercial as well as caterer’s kitchens
2010    On April 27, exactly two years after the dedication of the firehouse, the     Community Center was dedicated. Over $700,000 was raised in the     Capital Campaign to construct the firehouse and Community Center. The     Center hosts over 150 events a year.
2013    The Ladies Auxiliary becomes a bona-fide division of the Pocomoke City Volunteer     Fire Company and no longer an independent organization. “Ladies” is dropped from the name to reflect that it is open to men as well as women.